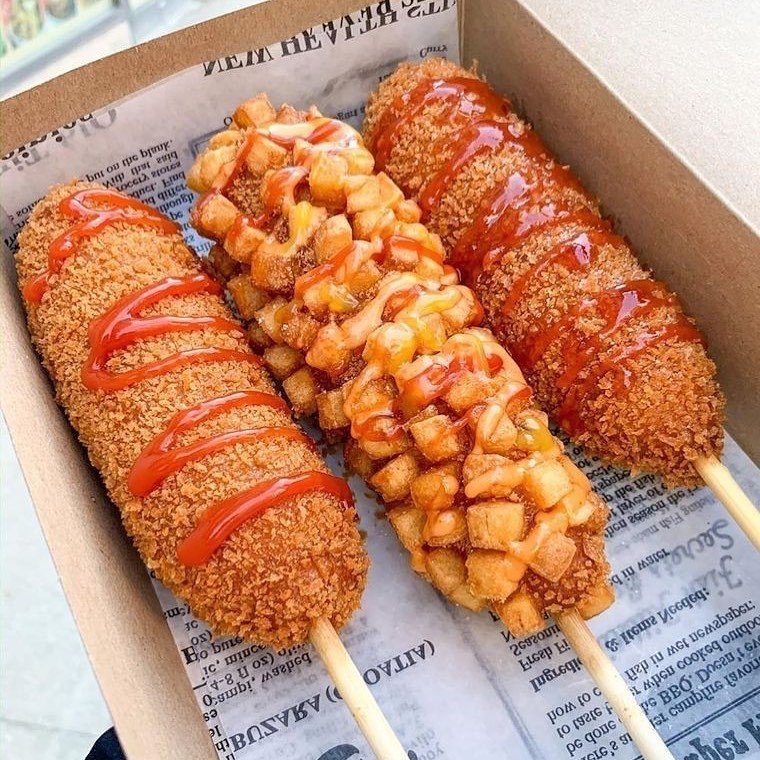 Tamarind’s Somewhere in Kathmandu is now open in Naxal

One of Korea’s most popular street foods, the Korean corn dog is now available in Kathmandu. A new cloud kitchen called La Kham Kitchen is bringing this Korean delicacy to Kathmandu’s food eaters.

For now, La Kham Kitchen has four types of Korean corn dogs on its menu. The first one, named All Premium Chicken, is the simplest one with batter and panko coating only. Likewise, the second corn dog has an additional cheese filling inside, which is named as Half/Half Mozzarella and Premium Chicken. Both these items are varied further, with an extra layer of potato coating around. And that’s how four Korean corn dogs are offered at La Kham Kitchen.

You can order these Korean corn dogs from La Kham’s Facebook page. The corn dogs are priced at 800 NPR and 1,000 NPR for a pack of three and four, respectively. There’s no mention of which three corn dogs will be available for 800 NPR, though. Perhaps you get to choose that while placing your order. Also, there’s a certain delivery fee associated.

House of Sushi has four sushi platters for takeaway and delivery