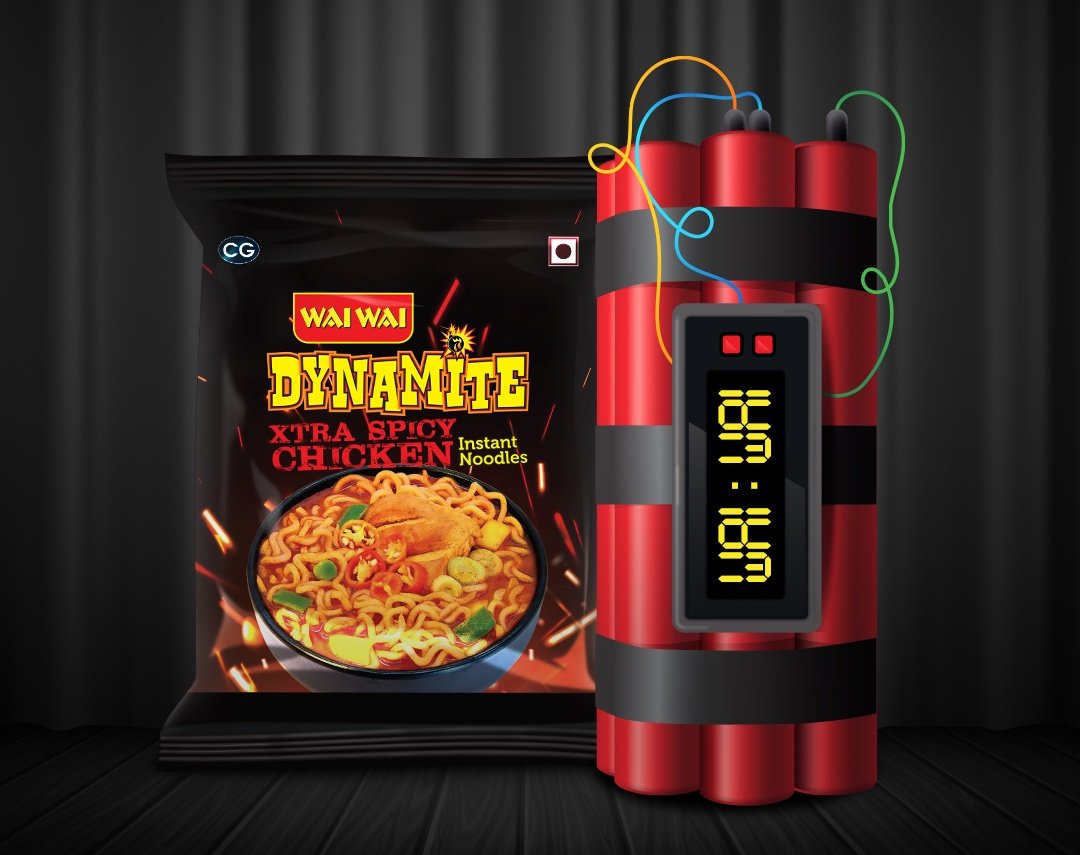 Wai Wai has launched a new noodles flavor, called Dynamite Xtra Spicy Chicken, in Nepal. This new instant noodle is Wai Wai’s new spicy variety. Wai Wai also has another spicy offering called Akbare Chicken, but the Dynamite one seems spicier than the former given the packaging and marketing it has.

Wai Wai Nepal teased the new flavor about a week ago when it posted an image of dynamite refering to the spiciness of the flavor in the promo. The company named the promo as “taste bomb” and announced a price of 5,000 NPR for a lucky person who could correctly guess the name of the upcoming Wai Wai flavor.

Chaudhary Group, the parent company of Wai Wai, has been manufacturing instant noodles since 1972. Wai Wai is now available in different flavors across 32 countires around the world.